Once a week we offer a Mahayana Study Group for experienced Buddhist meditation practitioners.  New students are always welcome.  See the Calendar for day and time. 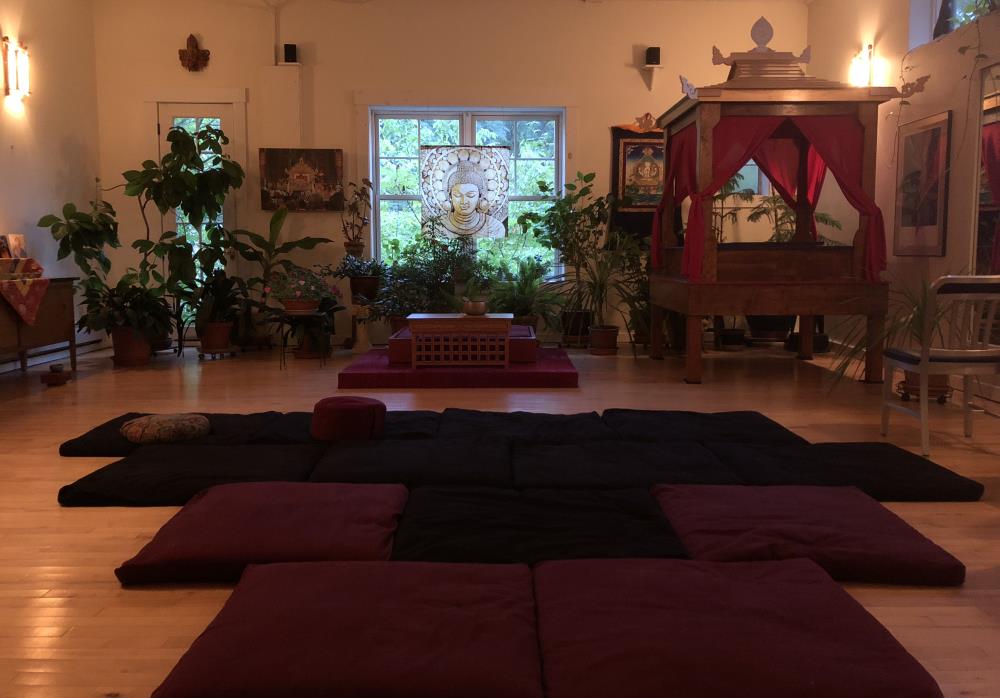 We are grateful for all the illustrious teachers who generously share their oceans of knowledge. 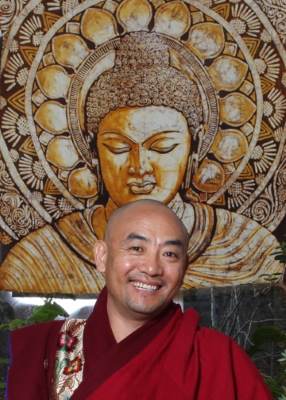 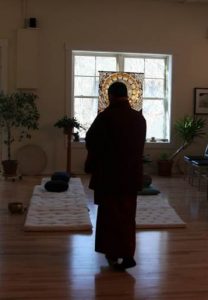 In 1982, he was sent to the West by His Holiness Sakya Trizin, as the first of the younger generation of Tibetan teachers in America from the Sakya School. In 1989 Lama Pema founded the Vikramasila Foundation. The Foundation encompasses the Palden Sakya Centers in New York City, Woodstock, NY, Philmont, NY, Cresskill, NJ, Jamaica, VT, and Dayton OH. The Palden Sakya Centers offer courses in Tibetan Buddhist studies and meditation.

Lama Pema was recognized with the title of “Khenpo” by His Holiness Sakya Trizin in 2007. He received the distinguished “Ellis Island Medal of Honor” award by the National Ethical Coalition of Organizations in May, 2009 at Ellis Island for his humanitarian work around the world. Lama Pema is the first Tibetan ever to have received such an award.

Khenpo Pema Wangdak (Lama Pema), who has been guiding Western students for the past 29 years, continues to travel and teach extensively to Dharma centers around the world. His command of the English language and familiarity with Western culture, along with his wisdom and compassion make him an outstanding role model and teacher in today’s world.

To learn more: Khenpo Pema Wangdak and the Vikramasila Foundation

At the age of six, Lama Gursam entered Drikung Kagyu Monastery in Tso Pema, India, where he completed his basic education and studied Buddhist philosophy, practice, ritual and conduct. In 1981 he began his college education at the Central Institute of Higher Tibetan Studies (University) in Sarnath, Varnasi, India. He earned his Bachelor’s degree in 1988 in the Sanskrit, Hindi, Tibetan, and English languages and in Buddhist philosophy.

Pursuing graduate study at the University, he was President of the student union, and served two years as a Kagyu Committee member. In 1990 he received his Master’s degree in advanced Buddhist philosophy. Upon graduation he also received a special award from His Holiness the Dalai Lama.

After graduation, Lama Gursam was requested by His Holiness Kyabgon Chetsang Rinpoche to come to the Drikung Kagyu Institute in Dehra Dun, India, at a critical time where there was a great lack of teachers and funding for education. There he served as a volunteer for five years, teaching Tibetan language and Buddhist philosophy and history. He also held the posts of Instructor, Head of Examinations, and Assistant Director while serving as secretary to His Holiness Kyabgon Chetsang Rinpoche, the head of the Drikung Kagyu lineage of Tibetan Buddhism. During this time, he also did a one-year meditation retreat and received Dzogchen teachings and empowerments from Khenchen Thupten Rinpoche and other lamas of the Nyingma lineage. He also studied with Dr. Pema Gyaltsen, a specialist in the Tibetan language.

In 1995, Lama Gursam was sent by His Holiness Kyabgon Chetsang Rinpoche to the United States, where he taught Buddhist philosophy for five years. Lama Gursam worked as a resident teacher in a Tibetan Meditation Center, also serving as director of North American Drikung Kagyu Center. Then Lama Gursam met His Eminence Garchen Rinpoche, whom he considers to be the second Milarepa.

Under H.E. Garchen Rinpoche’s guidance, together with the Venerable Traga Rinpoche, he became a yogi, and in 2002 he completed a traditional three-year retreat in the United States, practicing Mahamudra and the Six Yogas of Naropa. After a nationwide teaching tour, he then traveled to India, Nepal and the border of Tibet, where he completed a six-month retreat in Milarepa’s cave at Lapchi.

Lama Gursam continues to return every year to India for teachings and retreats, and every year to the United States and Canada to reunite with friends and students for teachings. His current sanghas are located in Vermont, Maryland, Pennsylvania, North Carolina, Virginia, and Arizona, as well as Montreal and Sault Sainte Marie, Canada. Additionally, every 2-3 years, Lama Gursam leads a pilgrimage to Buddhist holy places in India and Nepal. 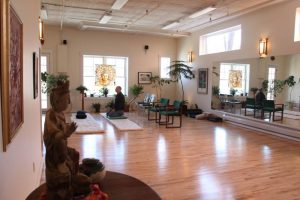 Aaron Hoopes is a native of Vermont and the founder of Zen Yoga. He has studied the martial arts, Eastern philosophy, ancient history and alternative medicine in the United States, Australia, and Japan for over twenty-eight years. He has a degree in Asian History and Japanese Culture from Tulane University and spent a number of years in Japan studying under the chief instructor at the headquarters of the Japan Karate Association.

He holds a third degree black belt in Japanese Shotokan Karate and is a certified instructor and one of the Hoitsugan Instructors. He is also certified as an instructor of Shanti Yoga and Meditation as well as Tamashii Tai Chi.

He has trained for many years in Qigong Energy Healing and studied Zen Shiatsu in Japan. In addition, he has extensive knowledge of Hatha and Iyengar Yoga, White Crane Qigong, Tong Long Kung-Fu (Praying Mantis style), Southern Fist Kung-Fu, XingYiQuan, Wing Chun Kung-Fu, Okinawan Karate, Shorinji Kenpo, and Zen Meditation. He is also a student of nature shamanism and maintains a deep connection with the Earth.

Roger Guest is currently a practicing psychotherapist, author, teacher and avid kayaker living in Vermont. Mr. Guest has been a student of Buddhism since 1973 and of the Shambhala tradition since 1976.

After meeting his root teacher, the Vidyadhara, Chogyam Trungpa Rinpoche, in 1974, he helped found the Vancouver Dharmadhatu (now Vancouver Shambhala Center). Later he was appointed to serve as Executive Director of Karme-Choling, one of the foremost Buddhist contemplative centers in the West, in Barnet, Vermont in 1980.

After his teacher’s death in 1987, Roger went on to complete a Masters of Education in Counseling degree from McGill University in Montreal, became a father and began a career in Mental Health. He continues to teach and lead retreats and offer Shambhala and Buddhist programs throughout the USA, Canada and Mexico.

His book The Tender Heart of Sadness: 28 Aspects of Warriorship Drawn from the Buddhist and Shambhala Traditions (Aventine Press, 2009) is available through his website.